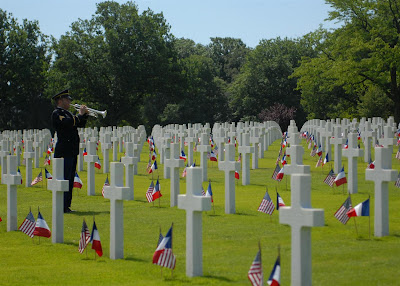 Today, May 28, 2012, is Memorial Day in the US. Sadly, for most Americans, this day represents a day to skip work and head to the mall for the “Memorial Day Sales Event.” In 2012, all around the world, special days of significance have been turned into a market place.

In the Gospels, there is a story of how the Jews in Jerusalem turned a Jewish celebration into an opportunity to set up commercial enterprises right in the Temple Courts. They were exchanging currency for travelers from foreign lands as well as selling animals and birds for sacrifices for the ceremony they were celebrating. So, it’s nothing new that people, or even whole societies forget the significance of the special days and get seduced into entering the basest treatment of such a holy day by commercializing it. In the Gospel, Jesus reminded them of the significance of the day and ran the merchants out of the Temple.

Today is a day set aside in the US to remember those men and women who gave the ultimate sacrifice of dying for the cause that is at the core and center of what America stands for — the cause of liberty and freedom. So, today, I wish to remind us all of the true meaning of Memorial Day.

I read an article today about Vietnam Vets. There was to be a ceremony in Washington, DC to commemorate their service and sacrifice. Following the article, there were comments from readers of this story, and one really stood out. This person virtually shouted his disdain for the Viet Nam war and anyone who had anything at all to do with it. It reminded me of the 60's and the war protesters. I am one of those forgotten Vietnam vets, and I find it amazing that after all this time some people in the US still hold onto their misguided and uninformed hatred for those of us who went to that war. Some of us volunteered (I did), but many did not. They just answered the call of the draft and went, and some died. That’s what patriots do.

Forgive me if I have little sympathy for the person who spewed forth his venomous diatribe against that war and those of us who went to serve our country. It was, after all, our country we went to serve. Yes, I know, it was way across the sea in a foreign land — just like so many other wars before and since. Communism was spreading, and the US was its chief enemy. It was our duty to stop its spread wherever it arose. Does that sound naive? Maybe, but for those of who were living then, it was reality.

For example, in 1962, there was a major event in American. It was called the Cuban Missile Crises. I was a sophomore in college, and the Cuban Missile Crises was very real to me and just about every other male in college but not in the military. We didn’t know if we were about to go to war with Russia, but if we did we knew it would be World War III, and we expected nuclear weapons would be used to annihilate millions. Every day, I lived with the thought that I may never finish college, may never live to be married and have a family, may never get to live out my dreams. Communism was at our back door in Cuba and threatening our very existence.

Then there was the build up in Vietnam that followed communist North Vietnam’s secret plan to take over non-communist South Vietnam, with whom the US had developed a favorable relationship. It took the US 5 years to get what was going on and to fully engage, and that 5 years costs us dearly. There were several mistakes that cost us dearly, and perhaps the worst mistake was how the main stream media wrongly reported the outcome of the Tet Offensive in early 1968. The reports in the US were that we had suffered a terrible defeat. The truth was we had attained a crushing victory that had pushed the North Vietnamese to point of reconsidering their war effort. If the US had pressed the battle against the North, the war would probably have been over in six months. But, our leaders then, as now, were weak and unprepared for battle.

Be that as it may, the actual people who slogged through the swamps and jungles of Southeast Asia showed up every day to do their job. And they did it with remarkable courage and competence. If you’ve never been in the situation of actual combat, you cannot possibly imagine just how creative and innovative the average soldier (I include Marines, Sailors, at al) can become when he is fighting for his life and the life of the people around him. It becomes very personal and very focused. I’ve seen people do things that they never ever thought of, much less planned out with great effort. They just responded to a situation and survived. They deserve our appreciation, regardless of what one may think of a particular war.

Today, is a day to remember those who did not survive. They gave the greatest measure of devotion known to mankind. They gave their lives so our lives can continue, so we can live on and follow our dreams. May we not screw this up by being ungrateful. They deserve better

For an experience of a lifetime, watch this movie about one of these who died for his country and how he was treated. 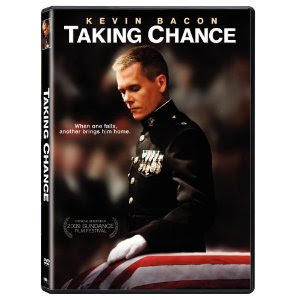