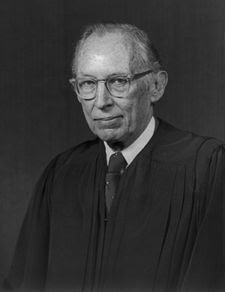 The Powell Memorandum was written in 1971 but has not been widely published, so in an attempt to spark a public debate and to encourage action, I have presenting the memorandum in its entirety here. Because of the length of the material, this article will be broken into 4 sections. As you read this, you may be struck, as I was, with the realization that what we are experiencing today has roots that extend back many years. Failure to heed the warnings from 1971 have resulted in the socialization of America we are seeing today. Only by vigilante and concentrated effort will the course of history be changed. The future is in our hands to mold it into whatever we choose. What will we choose?

BACKGROUND OF THE POWELL MEMORANDUM

When National Chamber Director Eugene B. Sydnor, Jr., became chairman of the US Chamber of Commerce Education Committee, he discussed with his neighbor and long-time friend, Lewis F. Powell, Richmond attorney, ways to provide the public a more balanced view of the country's economic system.

At Mr. Sydnor's request, Mr. Powell, based on his broad experience as chairman of the Richmond City School Board, as well as the Virginia State Board of Education prepared a memorandum in which he incorporated a number of possible approaches. The memorandum covered a broad range of educational and other activities for study and consideration by the National Chamber.

The memorandum was dated August 23, 1971, two months before Mr. Powell was nominated to become a member justice of the Supreme Court of the United States. It was studied and evaluation by Chamber officers and staff members. Several of its approaches were put into practice, but others languished for lack of resources or passion needed to carry out the suggestions.

Jack Anderson, the syndicated columnist, wrote several columns discussing the memorandum. Mr. Anderson obtained a copy of the memorandum without the knowledge or permission of the National Chamber. Anyone reading the Powell memorandum will easily conclude that it objectively and fairly deals with a very real problem facing the free enterprise system.

ABOUT THE AUTHOR LEWIS F. POWELL

Lewis Franklin Powell, Jr. (September 19, 1907 – August 25, 1998) was an Associate Justice of the Supreme Court of the United States. He developed a reputation as a judicial moderate, and was known as a master of compromise and consensus-building. He was also widely well-regarded by contemporaries due to his personal good manners and politeness.
Powell was born in Suffolk, Virginia. He attended Washington and Lee University, garnering both an undergraduate and a law degree from that university. He was elected president of student body as an undergraduate and was a member of Phi Kappa Sigma. At a leadership conference, he met Edward R. Murrow and they became close friends. He attended Harvard Law School for a master's degree.

During World War II, he spent more than three years in Europe and North Africa. He started as a First Lieutenant, and eventually rose to the rank of Colonel. He worked mostly in intelligence, decoding German messages.

Powell was a partner for over a quarter of a century at Hunton, Williams, Gay, Powell and Gibson, a large Virginia law firm, with its primary office in Richmond (now known as Hunton & Williams LLP). Powell practiced primarily in the areas of corporate law (especially in the field of mergers and acquisitions) and in railway litigation law.

In August 1971, prior to accepting Nixon's request to become Associate Justice of Supreme Court, Lewis Powell had sent to the leadership of the U.S. Chamber of Commerce the "Confidential Memorandum", better known as the Powell Memorandum, and still under the radar of general public. It sounded an alarm with its title, "Attack on the American Free Enterprise System." The previous decade had seen the increasing regulation of many industries and, as Powell argued, "The most disquieting voices joining the chorus of criticism came from perfectly respectable elements of society: from the college campus, the pulpit, the media, the intellectual and literary journals, the arts and sciences, and from politicians." In the memorandum, Powell advocated "constant surveillance" of textbook and television content, as well as a purge of left-wing elements.

In an extraordinary prefiguring of the social goals of business that would be felt over the next three decades, Powell set his main goal: Changing how individuals and society think about the corporation, the government, the law, the culture, and the individual became, and would remain, a major goal of business.

He had been a board member of Philip Morris between 1964 until his appointment in 1971, and had acted as a contact point for the tobacco industry with the Virginia Commonwealth University. Through his law firm, Hunton Williams Gay Powell & Gibson (later just Hunton & Williams) he represented the Tobacco Institute and the various tobacco companies in numerous law cases.